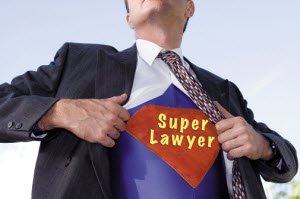 A man committed murder. To fight his case he was advised to hire a good lawyer. He checked one who asked for $100.

He found a real expensive one who wanted $10,000. So the accused hired him.

Ultimately he lost the case and was sentenced to death.

As he was being taken to the death chamber, the first lawyer met him on the way and said " I would have got you this result for $100 only"!