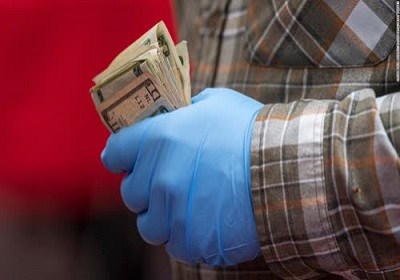 Americans are slashing their spending, hoarding cash and shrinking their credit card debt as they fear their jobs could disappear during the coronavirus pandemic. US credit card debt suddenly reversed course in March and fell by the largest percentage in more than 30 years. At the same time, savings rates climbed to levels unseen since Ronald Reagan was in the White House.

The dramatic shifts in consumer behavior reflect the unprecedented turmoil in the US economy caused by the pandemic. Although caution is a logical response to that uncertainty, hunkering down also poses a risk to the recovery in an economy dominated by consumer spending. A so-called V-shaped recovery can't happen if consumers are sitting on the sidelines.

More than 33 million Americans have filed for initial unemployment claims since mid-March, and economists warn the jobs market won't return to pre-crisis levels for years.

"Consumers are very cautious," said Russell Price, chief economist at Ameriprise Financial. "We're right in the middle of the storm." The unemployment rate soared to 14.7% in April — the most severe unemployment crisis since the Great Depression — and Americans are bracing for more challenging times ahead.

The perceived probability of losing one's job over the next 12 months soared to nearly 21% in April, according to a New York Federal Reserve survey released Monday. It was the second straight month of a record high for this metric in the survey, which the NY Fed launched in 2013.