Over 19,000 pieces of stolen artwork found 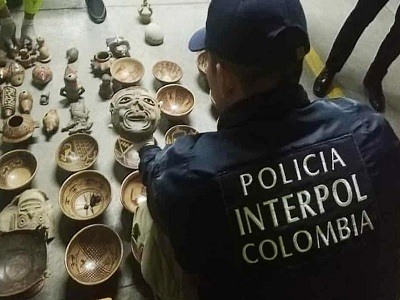 Over 19,000 pieces of stolen artwork found

World police worked to find lots of missing art. Detectives from Interpol and national police forces and customs officers found over 19,000 bits of art. These include an ancient gold mask that is over 600 years old, a carved Roman lion, and centuries-old jewelry and ancient coins. Many items were stolen from museums. Many were taken from countries at war. Thieves took art treasures while countries were fighting civil wars or wars against other countries.

The police arrested 101 traffickers across the world. Police officers spent a long time online to find the art and the thieves. Interpol spoke about the size of their search. It said: "The number of arrests and objects shows the scale and global reach of this illicit trade...Every country with a rich heritage is a potential target." It said international criminal networks are trafficking the stolen art.